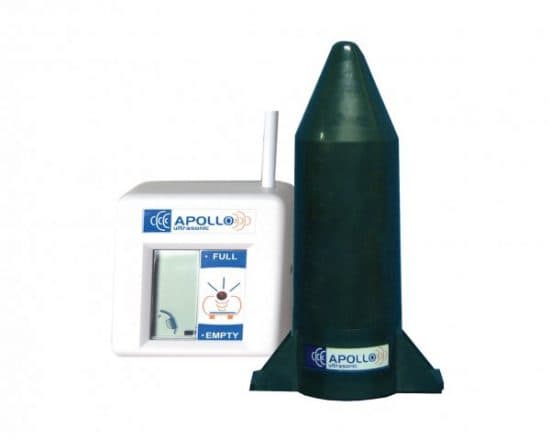 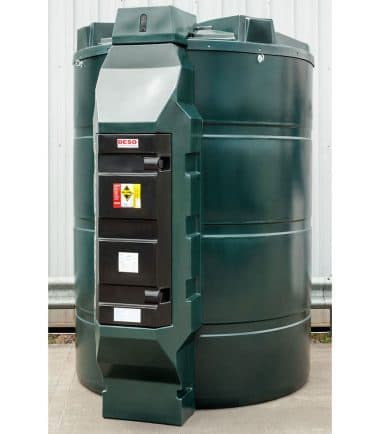 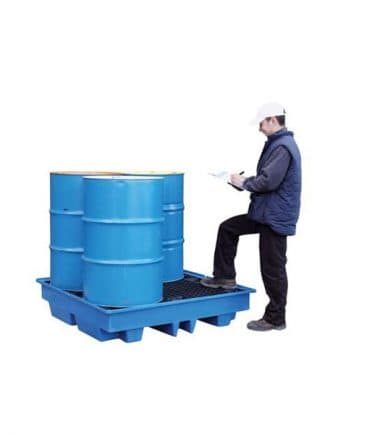 Electronic remote reading contents gauge which displays the level of fuel in 10ths.

The Apollo Oil Tank Gauge can be used with many different fluids, although it is generally used as a heating oil tank gauge. The Apollo is made up of a transmitter that is installed at the tank, and a digital receiver that can be plugged inside the building. This tank level indicator measures the tank’s contents and transmits the level to the receiver, provided that is within its 200 metre range.

The standard version of this oil tank gauge is suitable for plastic tanks only. However, an adaptor can be purchased as an accessory to make it work on steel tanks.

This tank gauge can easily be fitted to most single skin and bunded plastic oil tanks on the market, but it’s difficult to fit on some of the DESO slimline tanks (SL1000, SL1250 and SL1400). This is because there isn’t enough clearance between the top of the tank and the bund – so fitting the Watchman Sonic on these models will be much easier.

There are no reviews yet.